Stopped by Sandy Beach after topping off at the Kona Brewing Company in Hawaii Kai.  A nasty body surfing shore pound that either leaves you exhilarated or extremely injured and sometimes both.  Take a look.

Late April on the North Shore 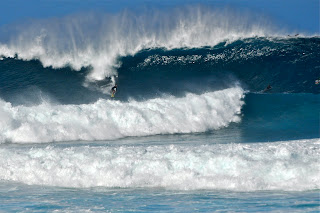 The forecasts had a building NW swell showing up on the north shore beginning Monday.  I had last been there a little over 14 months ago and it was, as they say, "the real deal".  I didn't expect anything like that since the locals were characterizing the swell as "playful".  But I've learned that "playful" here is not the same as "playful" in SoCal.  So, while it was nothing like the above photo, it was plenty powerful.
First stop, Sunset.  Not Sunset big, but not all that small either.  The offshores were grooming the peaks to perfection. 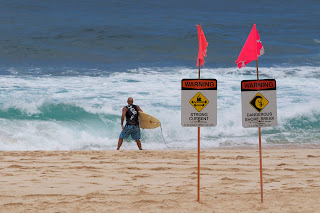 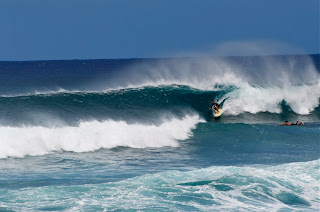 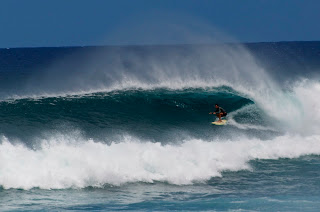 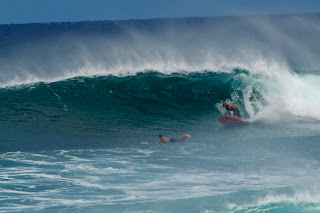 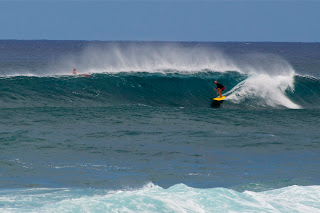 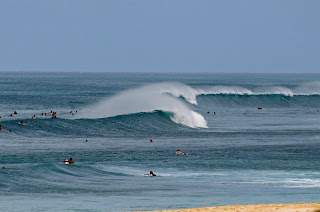 Next stop was Ehukai beach, which, as you can see, had some size and crowds to go with it.  Also home to the Pipeline which actually wasn't breaking all that well and was swarming with spongers.  But Backdoor was pitching some peaks that were breaking about 100 feet from shore.  Late, late under-the-lip take offs. 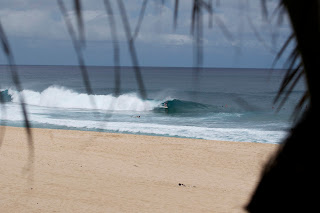 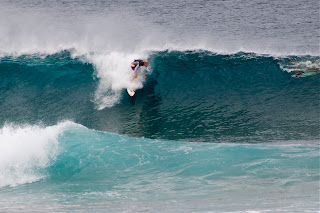 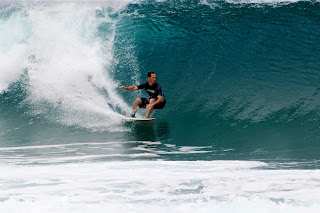 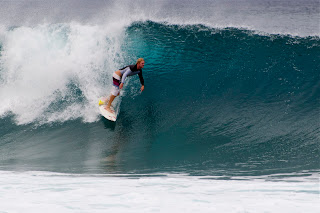 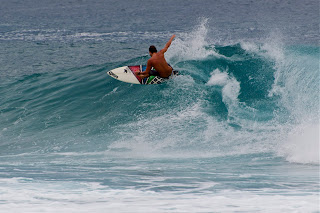 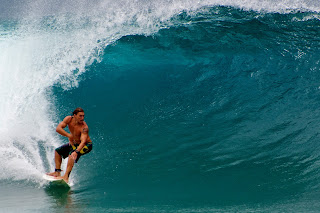 Ok, that's it for today.  Traveling into Honolulu this morning to visit the KoAloha ukulele factory.  Made arrangements to pick up some Koa wood for the ukulele I'm making.  More on that later.
Have a good one
Aloha
Gary
All photographs copyright Gary Erbeck Photography
Posted by Gary at 11:59 AM No comments:

This is the worst run of surf since... (fill in the blank). Strong eddy out in force today. Major sickness on the water, strong SE wind with waist to shoulder high junk. Poor conditions, worse shape and no one out. There are some larger head high sets pushing through Oh, and it's drizzling too.

Today is my last CSSR report from DM for the next 15 days. Starting tomorrow, I will be blogging from Kailua, Oahu, Hawaii. Warm water, warm air and the island vibe. See you all when I get back.

of crossed up, short period, doubled up waist to chest high crumblers. Kind of a mess actually. And the high tide is not going to help. According to Kenny, it has already "killed it". Slight surface texture; 9 people out.

Hey, word on the street is that Barb will begin her rehab assignment tomorrow at 15th street. This after 4-5 months out of the water following neck surgery. Be sure to look for her on those big fat lefts she likes so much. You may not recognize her though. She's about a half inch taller thanks to the surgery (insert short person joke here).

High tide wind swell warble. Waist to chest high wind swell peaks all over the place. Sets are doubling up and closing out. Fair surface conditions with a slight offshore breeze. The reef is offering up the best pick and choose corners right now; everything else is walled up and right on top if each other.

A marginal day for the desperadoes among us.

Thanks to Scott Bass for turning me on to the world of RC surfing!  Awesome, just awesome.

If You've Got Anything Else

to do this morning, like clean out your sock drawer, this would be a good morning to do it. A bit of eddy sickness on the water this morning. Combined with some very short period wind swell that is throwing off some wicked knee to waist high crumblers and you get a marginal surf day.
The reef is flat, the sandbar in front of the park has some walled up 2 footers and Restaurants is uninspiring.
Ran into Luke on my way here and he is going to Scripps. I'm sure we'll hear more about that later.

Counting down the days till we head off to Oahu for some warm weather and warm water.

For breakfast. Small scale (ankle to waist high) wind swell with an occasional set wave popping here and there. Slight offshore breeze, 5 people out including Luke and Kenny.

Half mile long lines of Cormorants scooting over the water to a bait ball right around the 1/2 mile bouy off of Restaurants. They are not having leftovers. The concentration of birds out there is amazing.

Big, fat, perfectly groomed overhead lines pouring through this morning. Just like the waves we used to draw on our high school notebook covers Air temp in the 40's with a significant wind chill factor from the ENE wind. Exceptionally clean (the shape and surface conditions; not the poo water) for post storm stuff. 4 people out. Just saw Marcos sprinting for the line up with a wild gleam in his eye; he's either pumped or extremely cold.

There are some majorly squared off barrels at Restaurants and just north of the lifeguard tower. As the cliche goes "...big enough to drive a VW bus through...". Definitely worth getting down here for a look see or if your hepatitis shots are up to date, a go out?

Good sized storm surf and stormy conditions. Strong westerly winds and some hand numbing temps. Shoulder to head high and completely and totally hacked up. No one out.

Paddle in at Jaws

No surf report this morning but I thought this video of a paddle in session at Jaws might be a source of inspiration as you sit, stand, or otherwise perch on the wall at 15th street trying to decide whether to go out or not.

Is on the water. No white caps yet but give it some more time. Waist to chest high crumblers with bumpy, choppy surface conditions and fair minus to poor shape. 10 guys out.

Sorry about the late report but I had to make a mayday run to the vet's office with our cat. She'd been missing for over a day and kinda stumbled in the back door this morning; had to have that stumbling checked out. All is fine except my wallet is a bit thinner and lighter.

Oh, and welcome back Clay from your trip to the islands. Me next!

Well, it is what it is and with the weather looking increasingly sour as the week progresses, it's probably worth getting out today before the winds kick in.

And Kenny's riding his Joel Tudor! Slight surface texture, gentle off shores, head high sets and somewhat crowded (30 people out). Fair to good shape; sets are walled up a little.

Kenny's assessment: "be sure to tell Chuck it's perfect". It is pretty good but not what I would call perfect. That would take about 25-30 less people in the water.