The swell arrived late Wednesday afternoon and continued to build throughout the night.  Thursday morning dawn broke and it was clean, it was big, it was loud and it was beautiful.  And the locals were all over it.  Here are some photos from a secret, mysto spot (not); see if you can guess where.  Shouldn't be that hard if you've ever been to Maui or looked at a Surfer mag in the past 30 years. 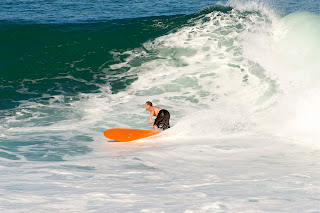 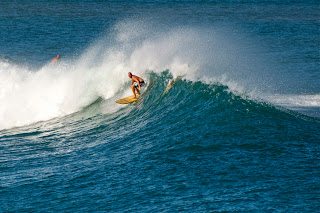 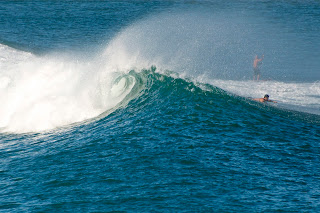 Hint:  the first three are not at the mysto spot; I took those at Napili Point, which I have never ever seen break before.

Relentless; wave after wave after wave. Cleaner and larger than yesterday Head high+ with head and a half (at least) on the sets. Three with suicidal tendencies at the point (see that lava poking up right on front of the take off zone?) and about 15-20 in the bay zone. 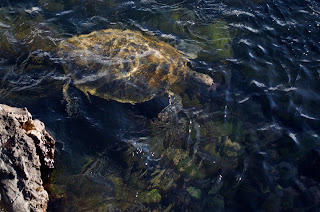 Staying on the west side of Maui in an area known as Napili.  Have a condo right on the point at Honokeana Bay, which has some of the largest sea turtles I've ever seen!  The one in the photo was at least 4.5 feet across; a prehistoric monster. 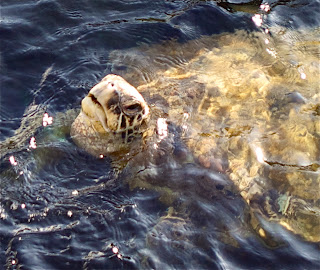 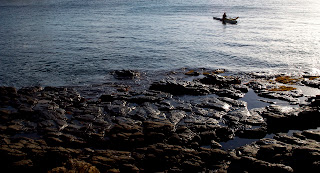 The surf on the west side, the north side and the south side, is flat.  In fact, I'm going out on a limb and say that there is no surf anywhere here so far.  Not even a healthy surge.  Nothing is being forecast in the way of waves either, so this may be a no surf zone for the entire time.  Yesterday the wind was flat as well and because of that the heat and humidity was oppressive.  Today we have a more typical flow (15 or so knots) and it is perfect. 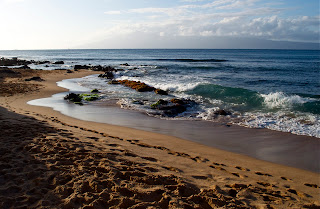 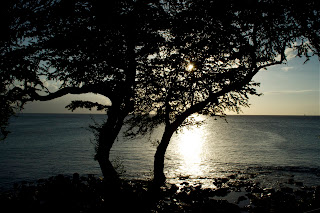 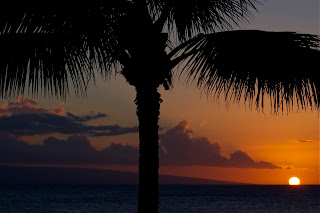 However, the snorkeling (I witnessed a turtle fight this afternoon as I was cruising the reef in Napili Bay.  The losing turtle dove to the bottom and buried itself in the sand.  The winner swam off to terrorize some snorkelers.) has been perfect as have the sunsets. 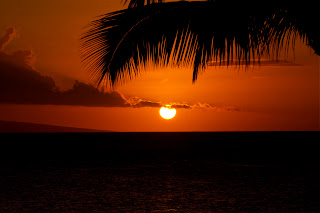 Tomorrow morning we've chartered a catamaran to take us to the island of Lana'i for some snorkeling at some isolated reefs and spinner dolphin spotting.  Have never been there so it should be an adventure.  Plenty to do despite the lack of surf; may even give SUP a try on one of these calm bays.  I promise I won't like it. 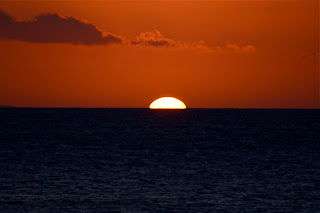 Have a good one
Aloha
Gary
Posted by Gary at 9:15 PM No comments:

Not So Much Today

This is not what it looked like this morning. This was yesterday afternoon. This morning there was a stiff, steady south wind on it from dawns' early light. Bumpy, lumpy surface conditions. Crumbly, waist high junk. A few shoulders here and there but not many.

Seemed to be an abundance of snakes in the water this morning (you know who you are) as the lump on my shin gives testament. It wasn't even that crowded but the fangs were out nonetheless. Ahh, Del Mar. I love the smell of snake oil in the morning.

Size is gone but the shape is still pretty good. 2-4 ft with some larger inconsistent sets. Clean surface conditions with a slight north west breeze picking up. Only about 10 guys out right now. Chuck, Ian, John and I all got some good rides. Chuck got an especially sweet shoulder high right that I got to witness as I was paddling out.

These photos are from this morning at the sandbar just north of the main lifeguard tower in Del Mar; 19th or 20th street.  It was firing. 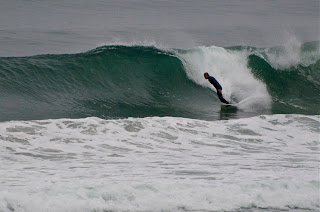 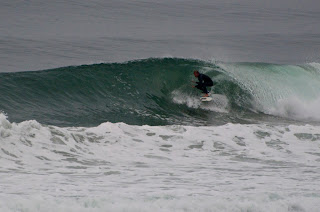 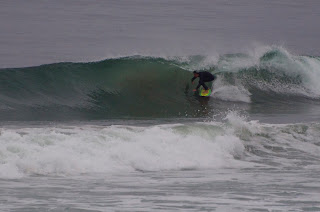 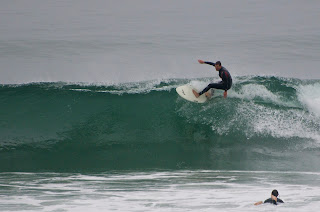 Fog cleared, sun came out, tide filled in and there, right before my unbelieving eyes was shoulder to head high perfection. Glassy, big fat peaks, rights and lefts. Small crowd; it was an epic outing. It's still good but the tide will flatten it out soon.

This was one of those great, great days when it all came together. If you weren't here all I can say is; you really missed it.

Fog. Looks to be head to shoulder high. Way bigger than yesterday but the shape is not that good. Needs more tide. About 20-25 guys out with more arriving all the time. Viva Columbus day!

Completely different from yesterday in just about every aspect; weather, size, shape and crowd factor. Chuck and I are going to wait for the fog to lift before deciding to go out or not. It's good to be able to see the sets coming at you.

The Word - Is Out

Glassy, crowded (50+), shoulder to head high; head and a half on the sets. Needs just a bit more tide to help out the shape, which is fair right now.

Massive 5 wave close out sets are nailing just about everyone in the lineup. A few inside faces to pick off in-between but you must choose wisely or you take a pounding. One more safety tip; don't take the first wave of the set.

Except for all the stinking, filthy, infectious urban runoff, conditions are very good. Offshore wind, waist to chest high, fair shape and no one out.

The lefts are peeling flawlessly down the reef Larger, five wave close out sets every 10 minutes or so. If not for the sick condition of the water, this would be an amazing morning to go out.