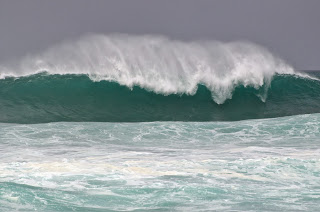 On Thursday, the 28th, the surf forecasts here in Oahu were all saying the same thing; large (15 to 20 feet) surf slamming into the north shore on Friday, the 29th. With sketchy conditions.  Coinciding with the Van's World Cup of Surfing at Sunset. Should be a mad house.  So, hey, load up the camera gear and let's go check it out! I don't really care all that much about surfing contests. I don't even know the names of the top pros (Ok, except for Slater). But I do enjoy watching the pros surf. 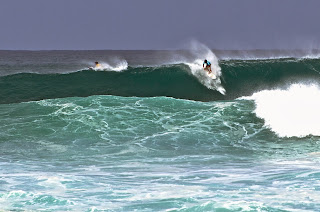 Conditions at Sunset were, in my opinion, kinda crazy. The waves were all over the place. And at 20+ feet that can mean a ton of water moving around.  The rip out to the line up was like a toilet bowl; swirling, gurgling and powerful. Every 30 minutes or so a huge set of about 5 waves would sweep in from the west and just close out the entire line up. It was impressive how the pros were able to make it all look so easy and chase down some choice waves and pretty much have their way with them. 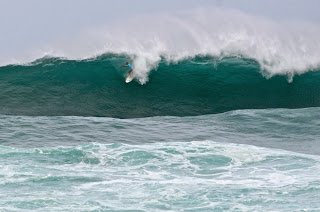 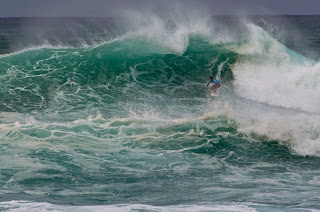 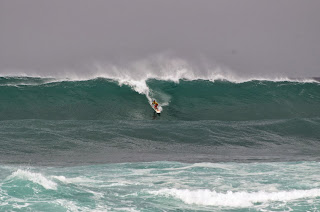 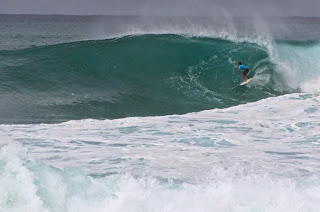 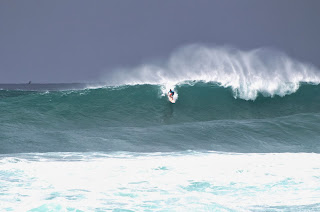 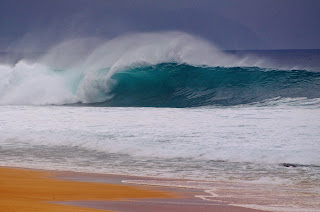 After watching about 3 heats at the Sunset contest we decided to head up to Pipeline. It was big. And crowded. And big. The beach was quivering as the waves unloaded on the reef. And the surfing was unreal. It was some of the best surfing I've seen in a long, long while. Check it out: 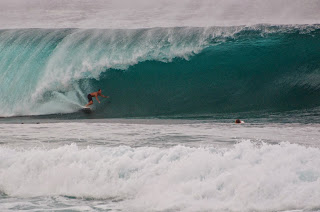 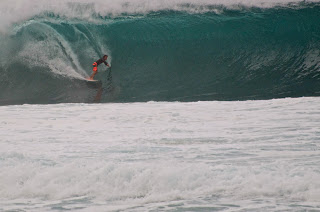 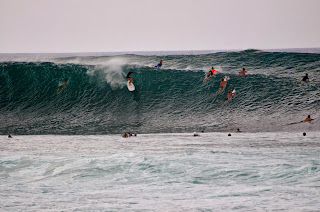 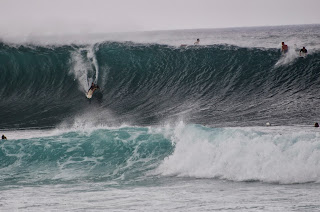 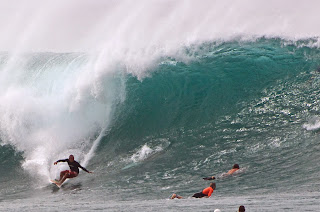 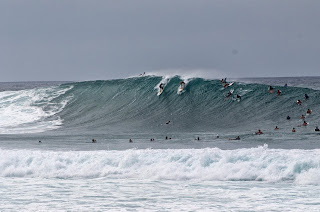 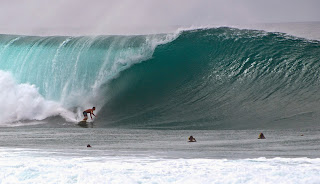 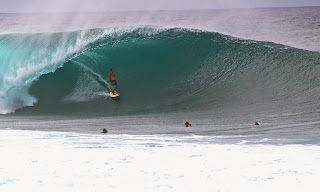 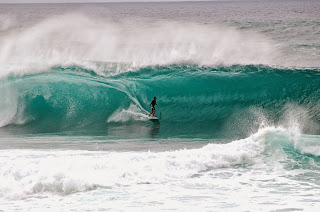 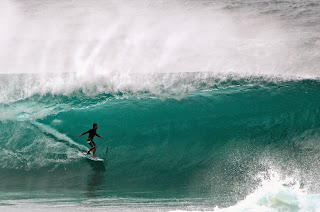 
All photographs copyright Gary Erbeck 2013
Posted by Gary at 9:32 PM No comments:

high tide, 6-8 knot SW wind, funky swell, grey skies and very poor conditions. Knee to waist high mush balls trotting through with no shoulders, no faces or corners. Choppy, broken up sea surface with whitecaps here and there. Pretty much a bust surf wise. But the wind is refreshing.

There is nothing to see here. Lumpy surface conditions with closed out knee to waist high shore break.

Some ripple on the water

But still no surf. Ankle to knee high shore break and that's about it. I really, really wish I had more to report but I don't.

It's just plain dead around here on the wave front.

No signs of life; unresponsive. Yep, it's still flat and becoming more flat by the hour. But the sun is out, the birds are singing and it's warming up fast. So get outside and enjoy another freakishly great fall day in San Diego.

Going out on a limb here...

But I'm calling today flat with periods of flatness. Ankle to calf high shore break. No paddling required; you can walk out 50 yards or so, turn around and push into a screaming, smoking, sick shore break...ah, "thing" (to steal a phrase from Bruce Brown).

On the bright side there's not a cloud in the sky and we will soon be up to 75 degrees or so. Perfect beach weather. So,

So, you're heading down the ramp to the lineup at 15th street and you see and read this sign:

Would you still go in? In puny, weak, gutless waves? Yeah, me either. So why are there 20 people bobbing around in the line up (including a father and his 7 year old son)?

Wait, I just saw someone read the sign and turn around and go back to his car! Amazing! Oh, and someone else who kept right on going into the water. Sigh...
Have a good one
Aloha
Gary

- Posted using BlogPress from my iPhone
Posted by Gary at 7:22 AM No comments:

Definitely some lines showing this morning. Shoulder high sets on the reef, headhigh at Tres Palmas. Favoring the rights on the reef; more hollow at the beach break. Some lulls. Good conditions; fair shape. Oh, and it's cold out here.
Have a good one
Aloha
Gary